The liver is a vital part of human anatomy. Its main job is to detoxify chemicals and metabolize drugs in blood coming from the digestive tract to ensure it's clean and healthy before it travels to the rest of your body. Livers are designed to last a lifetime, but they can fail if clogged up with unhealthy fat.

The catalytic converter serves a similar function for your car. A crucial part of your vehicle's emissions system, catalytic converters are designed to last the car's lifetime but can fail if they become clogged. When this happens — which is often the case for older cars — your vehicle's exhaust gases can't get through the muffler. That means those gases can't get out of the rear of the vehicle and can't vent through the front either, eventually causing the engine to die because there isn't an appropriate mixture of fuel and air. Basically, the catalytic converter "fails" to do its job.

Symptom #1: You have problems starting your car.

One symptom of liver failure is sleepiness, or difficulty getting up and going in the morning. A clogged catalytic converter can have the same effect on your car, making it difficult to start the car easily — or at all.

Why does this happen?

Symptom #2: You're not getting good fuel efficiency.

(A clogged liver is similar, by the way, as it causes fatigue and a low appetite.)

Symptom #3: Your check engine light is on.

Your body will tell you when your liver is showing signs of failure, and your car's warning light will let you know when there's an issue. If your car was manufactured in 1996 or later — and chances are pretty good that it was — it will have an on-board diagnostic system that tests the catalytic converter automatically. The check engine light can be triggered by air-to-fuel ratio sensors that determine if your tailpipe is emitting too much pollution.

Sometimes, a faulty catalytic converter fails because another car component fails, such as a spark plug. So make sure you replace bad spark plugs and schedule an inspection if you think there's a potential problem.

In Ohio, you have to get your vehicle emissions test annually. Since the catalytic converter is the main component responsible for healthy vehicle emissions, the test will let you know if it's working properly. Problems that may make you fail the test include an increased level of carbon emissions, contaminated antifreeze or motor oil or any of the other symptoms mentioned above.

If your vehicle jerks or stalls completely when you try to accelerate, it's likely because there is no fuel reaching the engine. The cause of this could be a clogged catalytic converter. The good news is that just like you can treat liver failure if you catch it early enough, you can potentially clean out a clogged catalytic converter if you address it before it damages your other car components.

If you're looking for a clogged catalytic converter fix — or a solution to any other car-related repair or maintenance issue — visit us at one of our six auto repair shops in Cleveland today.

A Guide to Differentials and Their Service Intervals 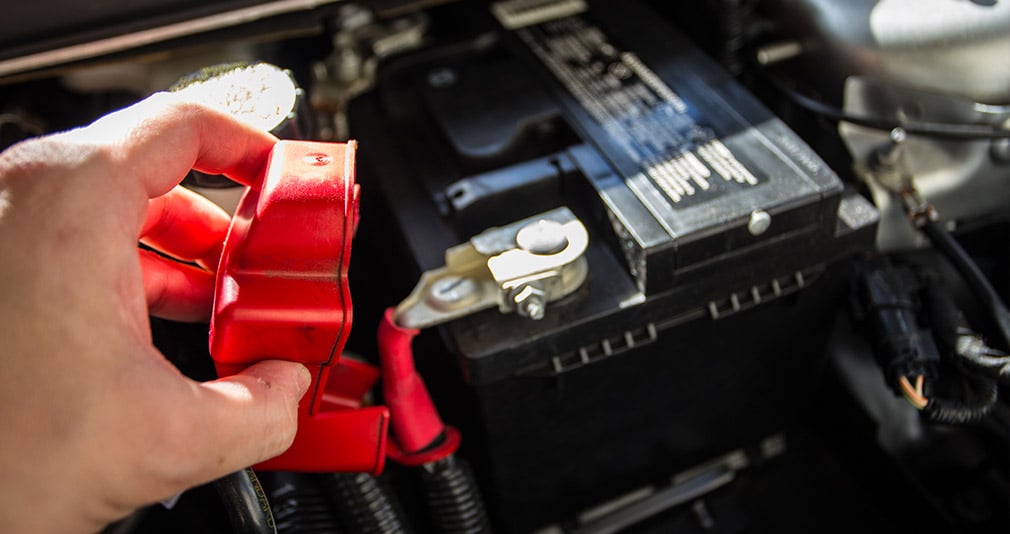 Dead car batteries are a common problem during cold Cleveland winters, but the issue might not be...