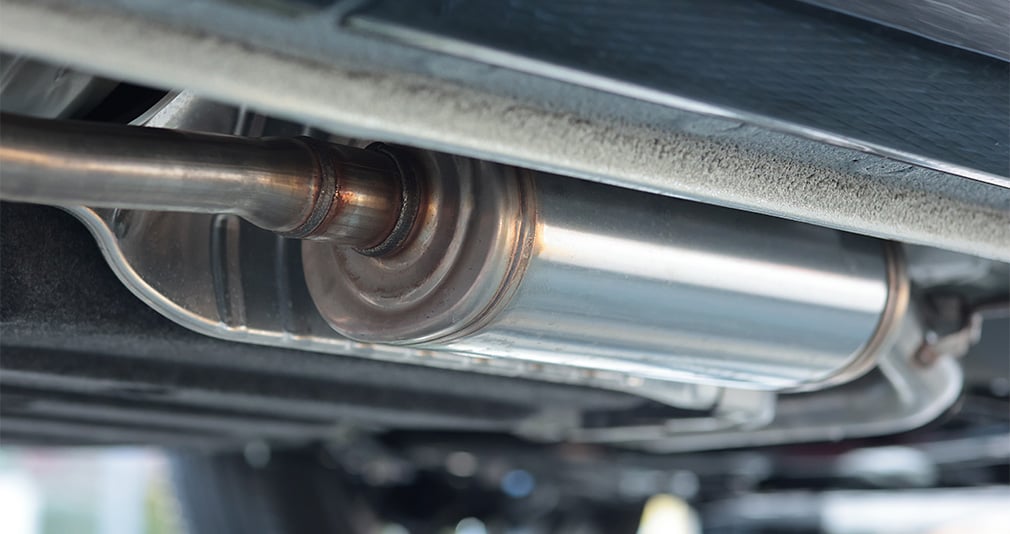 What Does a Catalytic Converter Do?

Maybe you’ve heard about a rise in catalytic converter thefts on the news, or maybe you’re just wondering if it’s time to check up on your car’s parts outside of the tires and brakes. But what even is a catalytic converter, and what does it do?

The catalytic converter is a crucial part of your car that you’ll need to repair or replace if it overheats, clogs or has other major damage. Here’s everything you need to know about catalytic converters and why they are so important.

What Is a Catalytic Converter?

A catalytic converter is part of the exhaust system in a car. This part is responsible for converting gasses, including carbon monoxide, hydrocarbons and nitrogen oxide, into carbon dioxide, water vapor, nitrogen and oxygen.

How to Locate a Catalytic Converter in Your Car

Curious as to where this car part is located? You can find the catalytic converter (or multiple converters, depending on the vehicle) between the muffler and the engine’s intake manifold.

It looks similar to the muffler but is usually positioned closer to the engine so it can use the engine’s heat to operate.

How Does a Catalytic Converter Work?

Catalytic converters use precious metals, including palladium, rhodium and platinum, as catalysts to turn the more-harmful exhaust emissions into less-harmful gasses. This car part is usually long and may be cylindrical with a ceramic interior that is coated with the metals.

Although carbon dioxide still contributes to the harmful effects of global warming and air pollution, it is less deadly than carbon monoxide and not as dangerous as volatile organic compounds, hydrocarbons or nitrogen oxides.

While catalytic converters are long-lasting and durable, they can become damaged from road debris or clogged over time. These symptoms can help you determine it’s time to take the car to the shop to take a look.

Visible damage. Now that you know what a catalytic converter looks like and where to find it on the car, give it a quick inspection for any external damage. Although this part is usually high enough on the car to avoid being bumped or scraped, one large rock in the road or accidentally running over a curb can damage the catalytic converter.

Check engine light. No one likes to see the check engine light come on while they’re on the way to work or leaving the kids’ soccer game — but don’t ignore it. While it can mean a number of things, this light may indicate that the catalytic converter is overheating.

Similarly, this can prevent the car from running at all, causing it to sputter or stall when you try to turn it on or shortly after you get it started.

Lower fuel efficiency. You used to be able to get to and from work, after-school activities and home all week before filling up the gas tank, but you’ve noticed you’re needing to supplement with a midweek stop at the gas station. The catalytic converter may be damaged or clogged, which makes the engine work harder and use up more fuel.

Catalytic converters are made of precious metals, including platinum, palladium and rhodium, which can be sold at a higher rate than other car parts made from more common metals like steel and aluminum. This part tends to be easy to access and quick to remove by thieves.

How to Tell If Your Catalytic Converter Was Stolen

Catalytic converter theft is on the rise, and many of the symptoms of a broken or clogged catalytic converter are also signs that this part is missing entirely. If your catalytic converter was stolen, your car may suddenly be extremely loud or the check engine light may come on when you get in the car. You may also notice visible damage to your car’s exhaust system.

To better protect against catalytic converter theft, park it in secure, well-lit areas or keep it parked in your garage at home. You can also paint this part with high temperature–resistant automotive paint or etch your vehicle’s license plate number or VIN to alert anyone buying car parts that the particular part was stolen.

Repairing or Replacing a Catalytic Converter

If you need a catalytic converter replacement, whether it’s because you’ve experienced theft, suspect a clogged catalytic converter or have road debris damage, it’s important to repair or replace this vehicle part as soon as you can to keep your car in good health.